Beavers are back and settling in

Beavers are back and settling in

It's been six weeks since we released our pair of beavers into Hatchmere Nature Reserve. Here’s how they're settling in.

Following their release at the start of November, Kevin Feeney, Hatchmere Living Landscape Officer, has been keeping a close eye on our beavers to make sure that they’re settling into their new home. Here’s what Kev found after beavers they spent their first night in Cheshire in over 400 years!

The morning after we released them, I couldn’t wait to get back onto site to see what they’d been up to. The work of a Living Landscape officer is never done and I had to be elsewhere that day. However after all the build-up and the release, there’s no way I could wait to check on them. I painfully set my alarm for 4am, giving me enough time to get up and stop off at Hatchmere before heading into the office to catch up on important admin work.

It was still dark when I arrived at Hatchmere, so I had to use a torch to guide my way through the slippery mud from my van, not sure quite what to expect or if I’d even see anything.

As I arrived at the release site, the signs were obvious. I first noticed that what was a pile of straw, apples and carrots was now gone. In just over 12 hours they’d moved over all the straw from one side of the pond to the other. I can only imagine how many journeys it took them, carrying as much as their mouths could hold. I still wonder if they swam it across or walked it around.

The bedding wasn’t the only thing I noticed. As my eyes adjusted and the sun began to rise, I looked in more detail on the ground. I could see tiny little footprints leading away from the water. Where had they gone? I needed to know, so keeping a close eye on the time, I followed the footprints one-by-one.

Like Scouts or Brownies doing their orienteering badge, the beavers had left a trail of markings on the trees. Instead of chalk, our beavers had used their iron packed orange teeth. They’d obviously enjoyed the buffet of snacks Hatchmere has to offer.  With the beavers being a little more suited to the wet woodland, I slipped, ducked and splashed my way round, following each exciting clue.

To my amazement, they’d completed a full lap of their new home. They really don’t call them busy beavers for nothing! Having followed the footprints and nibbles around the full perimeter of their 10-acre home, I was now behind the brambles. Could they be sleeping inside their bed just meters away from where I stood?

Not to disturb them, I changed my view to see if I could see any evidence. Suddenly I saw what I’d been looking for; gorgeous reddy-brown fur poking between the straw. They were! Our beavers were snuggled up together, enjoying a well-earned snooze after their first night spent together in their new Cheshire home.

Immediately warmed by the thought, I made my way to the office from what will be my first of many checks over the year. Ecstatic with our achievement, it dawned on me for the first time that we had done it. We had brought beavers back to Cheshire. 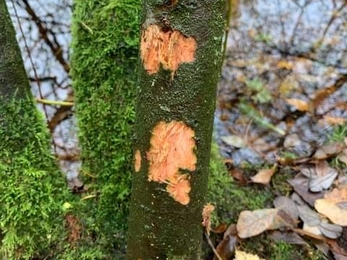 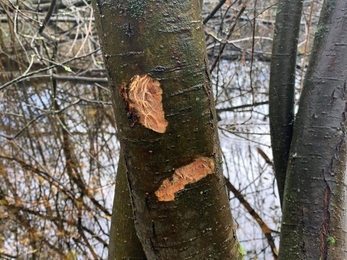 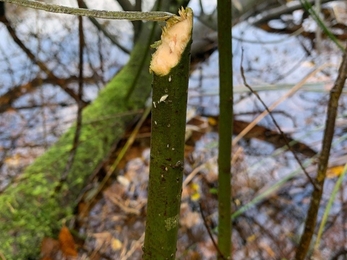 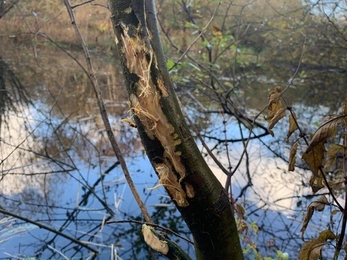 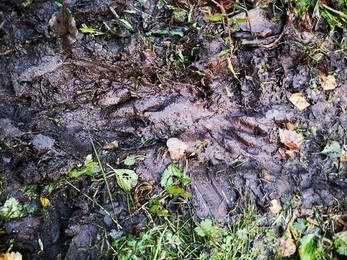 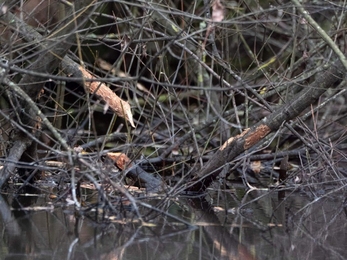 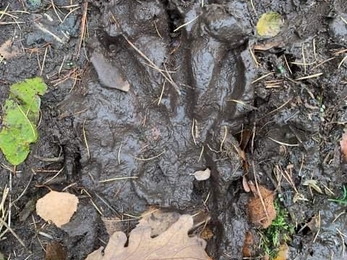 We’re all really excited to see what the pair do next on this journey, transforming Hatchmere and cleaning our waters for wild creatures and plants that do and could live there too.

With both male and female at an ideal age, it’s hoped that they will happily breed next year.

Over the weeks, what started as a bed of straw has quickly turned into a bed of fresh bark strippings. They also began to build a fence of logs and twigs in a circle around it. We have built them an underground lodge, but as with our choice of bed location, we assumed they’d began to build an over-winter lodge that was better suited to their ‘feng shui’.

How wrong we were! Our beavers have now abandoned their original bed altogether and have dug a big underground burrow which is perfect for frosty winter’s days.

Thank you to each and every person that supported us in bringing beavers back so quickly. Without you, we could not have built their home in time for our beavers to settle into their new home so well before the cold weather.

We have six cameras around the enclosure to monitor their behaviour and we’ve got some great footage to share with you.

How you can help bring beavers back 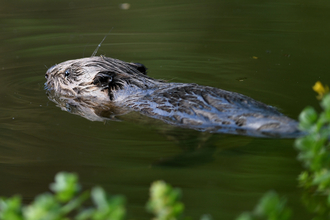 Help us bring beavers back to Cheshire! 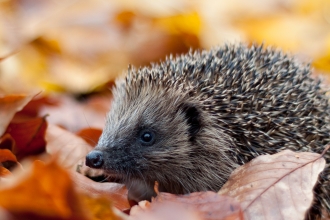 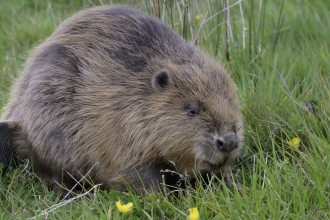 Beavers Build Back Better – but their future is not secure

Tom Hibbert, birdwatcher and content officer for The Wildlife Trusts, takes a closer look at one of the UK’s most familiar birds.

The brilliance of beetles