Cheshire Wildlife Trust are pleased to announce that beavers are back in Cheshire after 400 years following the release of a pair of Eurasian beavers into Hatchmere Nature Reserve on the edge of Delamare Forest!

The fencing is in and the beavers are here thanks to generous donations from Biffa Award, as part of the Landfill Communities Fund, and a public appeal. The pair, who were relocated from areas in Scotland, were released into their new home this week by Dr Roisisn Campbell-Palmer and under license by NatureScot. Five Sister Zoo also gave them a full health screening before their journey to Cheshire. With both male and female at an ideal age, it is hoped that they will happily construct a lodge to over winter and breed next year.

Beavers are native to Cheshire but they became extinct in England in the 16th century. Despite centuries of absence from our landscape, evidence of their presence can still be seen. For example Bar Mere in south Cheshire gets its name from the word beaver.

Kevin Feeney, Reserves Manager for Hatchmere says: “They’re finally here and quickly settling into their new surroundings. They’ve already explored a great deal of the area with evidence of footprints and teeth marks on branches overnight. We’re all really excited to see what the pair do next on this journey, transforming Hatchmere and improving our waters. Keep an eye out on our website and social media channels for updates!”

Releasing the beavers is part of a five-year project, creating a new landscape as they adapt to their surroundings. Removing trees will break up the canopy, allowing sunlight on to ground vegetation and bringing the woodland floor to life. With their dams holding back water on the site, water flow is slowed, dropping out the polluted sediments that would otherwise flow into Hatch Mere lake It will also make new space for birds, insects and amphibians.

Now the pair of beavers have been safely moved to their new Cheshire home, there’s a big job to do.   If you’d like to be part of this exciting project, we still need your help.

Donate to our appeal 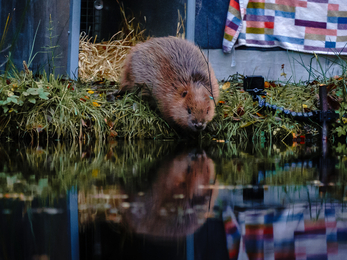 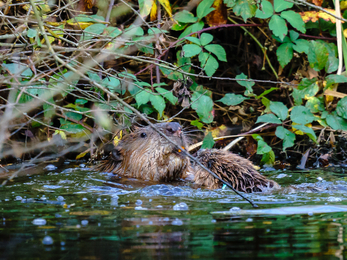 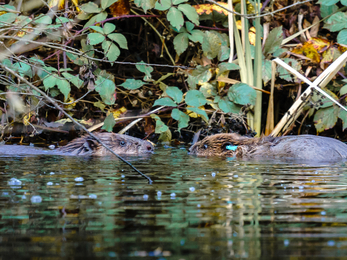 Join for half-price this January

Get your new year off to a flying start with our amazing membership offer.

In those weird days between Christmas and New Year, winter wildlife is just waiting to be explored!

Holy Trinity Church in Hurdsfield has worked with Cheshire Wildlife Trust to turn part of its grounds into a haven for wildlife.