The UK will be front and centre on the climate stage as it hosts this year’s global climate conference, COP26. Yet, according to The Wildlife Trusts, the Government risks a huge embarrassment unless it produces a clear plan to restore one of the most important carbon storing habitats, peatlands.

Peatlands are the UK’s largest land store of carbon, holding three times as much as woodlands. They store around 3.2 billion tonnes of carbon, but in their current degraded condition they release the equivalent of 23 million tonnes of CO2 every year. That's 5% of the UK’s annual greenhouse gas emissions. They are also a precious wildlife habitat but a high proportion of UK peatlands have been burnt, drained and damaged over decades of misuse.

Indications that the Government will fail on this issue are:

“The Government has failed to set an ambitious restoration target for peatlands even though they are one of the most valuable habitats in the UK. Just as bad is the fact that they do not have the appetite to stop the ongoing damage. The nature and climate crises must be tackled together – prizing our peatlands should be top of the Government’s to-do list.

“Meanwhile, it’s left to voluntary charities to step in. The Wildlife Trusts have restored more peatland than the Government has committed to do.”

Cheshire Wildlife Trust has already begun the restoration of 200ha of peatland sites across the county. Much of the work has involved rewetting land in order to help replenish existing soils which have been damaged by peat extraction.

The Trust’s award-winning Delamere Lost Mosses project is one such example of how lowland peat sites can be restored. The gradual rewetting of the forest’s meres and mosses since 2013 has allowed for the growth of sphagnum moss, the first stage towards building up carbon-rich peat soil. 12 different species of sphagnum moss have since been recorded on site, two of which are rare to Cheshire, showing that the natural carbon cycle of the area is returning.

‘Cheshire Wildlife Trust have long been working to protect and restore Cheshire’s few remaining peatlands but this is only the start of what is needed. Over the years, many sites have suffered from intensive extraction and development, destroying both wildlife habitat and a valuable source of carbon storage. We need change on a much bigger scale if we want to bring back Cheshire’s peatlands.’

The Trust is also looking to the Peak District for further opportunities to expand their peatland restoration work. Charlotte adds:

‘There is up to 2,000 ha of peatlands waiting to be restored in the Cheshire region of the Peaks. With the right funding and political willpower, we could start transforming that area into a place that is managed for people, carbon and wildlife. We have the expertise and knowledge to do this and, the sooner the Government gets behind our vision, the easier the task will be.’ 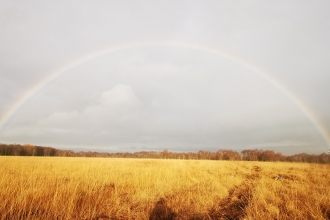 This wetland reserve is the only known area of lowland bog in Cheshire that hasn't been cut for peat. 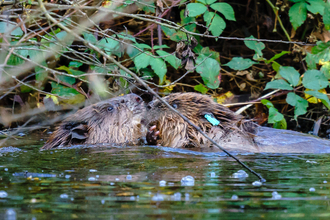 Go Wild for Wildflowers this May

This No Mow May, Cheshire Wildlife Trust are calling on people to take part in its Go Wild for Wildflowers campaign.

Cheshire Wildlife Trust is excited to mark International Beaver Day by announcing the names of their pair of beavers.