We monitor planning applications for possible damage to wildlife and make objections where necessary. For more information contact our Evidence and Planning Manager, Rachel Giles on info@cheshirewt.org.uk.

Please note that we respond to over 100 planning applications each year. As a charity with limited resources we are not able to respond to every planning application we hear about. We prioritise larger developments and those that could have significant impacts on Cheshire’s wildlife. If you are concerned about a development in your area then take a look at our planning and policy pages. Here you'll find useful advice and fact sheets on tackling planning and development that might affect wildlife in your community. 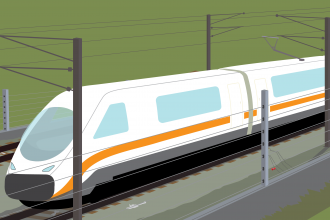 Our campaign to urge the Government to stop the current High Speed Rail 2 (HS2) plans and rethink their approach. 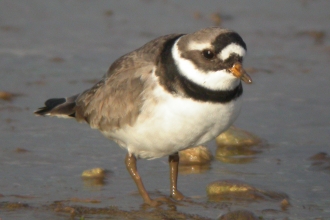 Our concerns about the potential Mersey barrage scheme 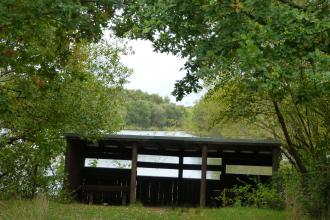 Local Wildlife Sites across England are set to lose their protected status under the government’s review of planning legislation. People…

Due to limited capacity, this page is not always updated. However rest assured we are responding to as many of the most urgent planning applications and Local Plans as we are physically able. Here are a few of our most recent responses.

Cheshire Wildlife Trust is calling on Cheshire East Council to give nature a fair deal following its decision to approve planning permission for the South Macclesfield Development Area.

The project includes 950 homes, a link road, a primary school, 40,000 sq ft of retail, 5,380 sq ft of offices and 100,000 sq ft of warehousing and was given the go-ahead at the council’s Strategic Planning meeting last week.

But the proposal also represents one of the most environmentally damaging schemes to be decided by the council in recent years. The 55ha development site will destroy valuable habitats including peatland and wildflower grassland. Lowland peatlands are internationally important wetland habitats and, like ancient woodland they are considered irreplaceable. Across the site, a network of tree lined ditches and hedgerows mark out the fan shaped ‘moss rooms’ where peat was cut in ancient times. The site is also a refuge for species which have seen dramatic declines nationally like the common lizard, the small heath butterfly and the rare willow tit.

Cheshire East’s recently approved Local Plan stipulates that where development puts nature at risk, efforts should be made to minimise that risk. In the case that the destruction of important habitats is unavoidable, a policy of ‘no net loss’ should be adopted. This means that when a development leads to a loss of biodiversity, every effort should be made to replace it and ensure that there is no overall decline in wildlife as a result.

‘The local plan says that Cheshire East has a duty to ensure that the biodiversity lost as a result of this development is compensated for by an equal gain in biodiversity on site or elsewhere,’ said Martin Varley, Director of Conservation at Cheshire Wildlife Trust, ‘We want to make sure that conditions are put in place in South Macclesfield to ensure that this happens’.

The Trust gave evidence at last week’s planning committee, urging members to reject the proposals on the grounds of the environmental damage the scheme will cause. Despite the ecological sensitivity of the site, the application was passed by seven votes to four, which means that the plans are now likely to proceed.

‘We accept that the application has now been approved and so there is no longer anything we can do to prevent this damaging development’, said Martin Varley, ‘Now we want to make sure that its economic gain does not come at a cost to nature. A decision still has to be made by the Council regarding how it will go about making good the damage to the environment caused by this development. We trust that it will do the right thing and ensure that the nature lost by this proposal will be properly compensated for’.